The Iceberg Model: What it isn’t

One of the great mysteries of the social sciences isn’t the way we share, borrow, and reinterpret great theories, it’s why we dumb them down.

In my studies of organizational development at the masters level, we learned about the iceberg theory:

The image above looks a lot like the one I studied during my degree. Policy and organization on top, behavior (and occasionally *gasp* emotion) on the bottom. All cultures, including organizational ones, have norms that are picked up and spread without being written down. However, this is a very sanitized version of the original, by none other than Papa Freud himself:

Freud says that the stuff below the water’s surface consists of repressed trauma, early childhood experiences we can’t remember, disowned personality traits, and repressed impulses like competition, rage, lust, territoriality, fear, etc. All of that stuff does not magically disappear and turn into “behavior and engagement” when we go to work in the morning. The basic law of human psychology is that what doesn’t get expressed comes out in some other, usually unintentional, (and potentially harmful) way. People continue to be people, and the more we pretend otherwise, the murkier that water gets.

Another prominent example that I won’t go into in this article (because it deserves its own) is the coopting of Maslow’s Hierarchy of Needs (a developmental theory) for capitalistic ends. There has also been recent criticism of how Emotional Intelligence theories are used in repressive ways. The linked article is highly recommended.

Unfortunately, much of organizational development literature tends to be self-justifying. It does not delve deeply into the historic and often inhumane reasons behind gender and racial wage gaps, the confluence of power around white men, or the exploitative nature of capitalism. Much of it is still of some value, and a few prominent theorists do, in fact, look at organizations more thoroughly and don’t engage in the circular reasoning of much of the literature. Largely, however, capitalism, and by extension organizational development theories, are self-justifying and lack vital critical perspectives that could improve working life for many people.

In my classes on career development and ethics, I have often likened corporate culture to the upper crust characters on the popular show Downton Abbey. They are masters of understatement (I mean…) and substitute cutting wit for frank conversations (or visible emotion). Unfortunately, undergrads don’t watch Masterpiece Theater so the metaphor is usually lost. Nonetheless, the writers of the show masterfully demonstrate how the characters reinforce cultural (and gendered, and racial) norms through subtle barbs and jabs, or well-placed silences, rather than oh, I don’t know, actually talking directly about whatever the hell they are feeling.

Unfortunately, organizational culture, in general, follows this pattern, and the fact that it can’t recognize its own repressiveness is just further evidence of the same. Attempts to frankly discuss any number of elephants trundling around the room usually result in accusations of overstatement or drama, while vague, ambiguous language is much safer when dealing with conflict. Long live passive voice!

Conflict resolution in the therapeutic context usually involves clearly stating your own feelings and experiences in a way that does not blame, nor excuses, other people involved. If my husband and I are fighting over the dishes, a therapist would encourage me to say, “I feel hurt when I cook dinner and you leave the dishes on the table.” My husband might say, “I feel frustrated when you use so many utensils to cook with and don’t clean as you go. I feel taken for granted when I clean up after you.” In corporate-ese, this conversation would be closer to (and over group email), “I’m confused why there are so many dirty dishes in the sink! Did I miss something?😺 “Oh, I didn’t know that cleaning other people’s dishes was my job! I’m sorry, can show me where it says that in my job description?😉” Translation: “Wash the damn dishes, Mary!” “That’s not my job, Karen!” <resentment grows> And, scene.

I find it particularly bizarre that in academia, where our work and writing is often judged on our ability to clearly and accurately state the reasons for and results of our research, we suffer from the same problem. Three years into a pandemic I still get astonished reactions (as do the select colleagues who are also fed up with artifice) when I point out that shoving unvaccinated, tightly-packed, unmasked students into lecture halls will result in deaths, and that the safety of students and the community at large should maybe be a high priority of an R1 institution whose reputation is built on scientific rigor. The audacity!

Another thing I tell my students is that the difference between the dynamics of school and the dynamics of the workplace boils down to one thing: survival instinct. Our work pays us the money that allows us to eat, pay for shelter, and meet the basic conditions for life. Our hindbrains and those of our colleagues are easily activated when we feel our income and by extension, survival is at risk. At the same time, organizational culture encourages us to suppress or hide emotions like fear, anxiety, sadness, and insecurity. You know, feminine emotions. 🙄 Nonetheless, these emotions exist in abundance for most of us, especially during times of social and economic upheaval. So I warn students they may see some really weird behavior in the workplace, and subsequently feel like they are taking crazy pills because everyone else is ignoring, minimizing, or justifying it.

Many things in organizational culture have changed over the last decade, but this; not so much. This recent case at Netflix shows how much power rests in the hands of those least able to perspective-take, and consequently affects what issues are discussable, conscious, and able to change. All of Netflix’s work on affinity groups, trans visibility, and representation amounted to shit when the CEO decided that he hadn’t done anything wrong.

In conclusion, if you are married to a particular organizational development or industrial psych text, please do check the references and learn about the theories from which it is derived (or in some cases, stolen). We cannot break out of exploitative, toxic, and repressive norms at work without a clear-eyed look at what we are leaving out of the picture, or what lies below the surface of the water. 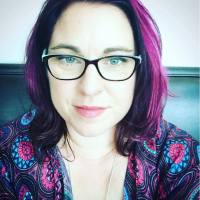 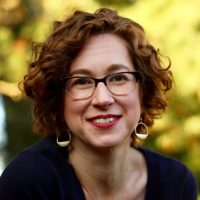 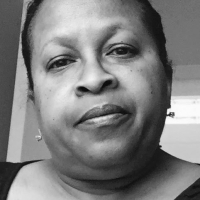 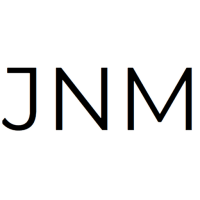